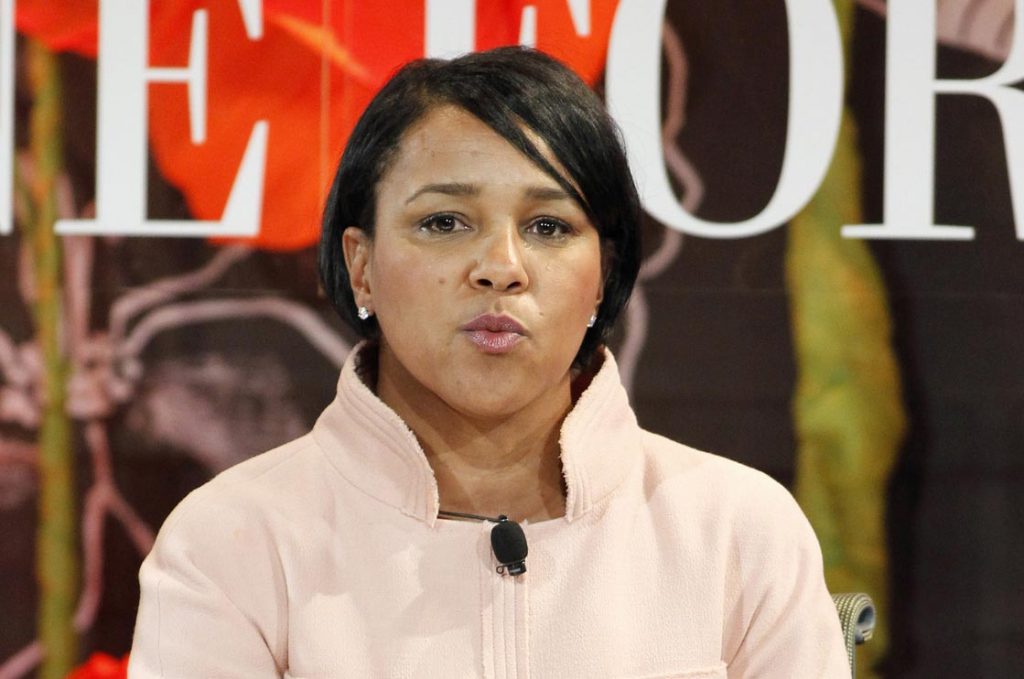 There is no better way to celebrate Black History Month than to recognize a successful Black woman. One such woman is Rosalind Brewer.

Just a couple of weeks ago, Walgreens Boots Alliance announced that Brewer will be their next CEO. She is currently the only Black woman to be leading a Fortune 500 company.

Brewer’s humble roots began as a research technician for Kimberly-Clark, a company that provides paper-based products. After spending over twenty years at the company, Brewer moved onto becoming CEO of Sam’s Club. Her career continues to grow as she moves up the corporate ladder.

Rosalind Brewer has already made an impact on the world and she’s not done yet. If you’re looking to feel inspired, continue reading to learn more about her.

Rosalind Brewer graduated from Cass Technical High School in Detroit in 1980. She went on to major in Chemistry at Spelman College, a private, all-female college in Atlanta, graduating in 1984. In 2010, Brewer established nine yearly scholarships to be awarded to first-generation students at Spelman College.

In 1984, Brewer got hired as a research technician for Kimberly-Clark. She may have started working there as a scientist, but her career soon accelerated beyond that point. From 1988-98, Brewer went from being the market manager, to the director for skincare, and finally, the vice president for nonwovens.

Brewer didn’t stop there. From 1998-2006, she served as the president of manufacturing and operations at Kimberly-Clark.

From there, Brewer moved onto Walmart. She started as a regional vice president over operations in Georgia before her career eventually culminated at the company in 2012 when she was named President and CEO of Sam’s Club. She was the first Black woman to lead a Walmart division.

Brewer capitulated to being a strong Black female CEO. She used her position at Sam’s Club to speak out and speak up, setting an example for those to follow her. Health and wellness was her focus at Sam’s Club, doubling the number of organic products offered by their chains.

In 2017, Rosalind Brewer was the first Black woman to be named as COO of Starbucks in 2017. She was first nominated for their Board of Directors that year. The work she has done for the Starbucks corporation has been monumental for not only racial inequality but suitability as well.

She has helped the company implement new policy changes and racial bias training for all employees in more than 8,000 stores. She also worked with Starbucks on their sustainability initiatives, which includes the introduction of the reusable version of the holiday cup. As of 2020, Brewer sits at number 48 on Forbe’s list of Power Women.

The Legacy and Impact of Rosalind Brewer

After Rosalind Brewer was named as CEO of Sam’s Club in 2012, she was invited to an event that only CEOs were invited to in New York. After she introduced herself to a male CEO, he asked if she worked in merchandising or marketing, when the invitation for the event was clearly for CEOs.

During a speech at her alma mater in 2018, she recounted the event. When she got called to the podium as the keynote speaker of the CEO event, she relished the look of surprise on the man’s face when he heard her job title.

Brewer says that as a Black woman “you’re mistaken as someone who could actually not have that top job.” She gives a voice to professional Black women who are fighting to be recognized in the corporate world. Now that she has been named CEO of Walgreen Boots Alliance, that mistake likely won’t happen again.

The Future for Rosalind Brewer

In January 2021, Brewer was named as CEO of Walgreen Boots Alliance. It has been more than four years since a Black woman has held a Fortune 500 CEO job. Currently, there are only four Black male CEOs of Fortune 500 companies.

Since 1999, there have only been 18 Black CEOs of Fortune 500 companies. The first Black woman to lead one of those companies was Ursula Burns when she became CEO of Xerox in 2009.

Walgreens has said that Brewer has a focus on customers, expertise in digital transformation and talent development. She will leave her position at Starbucks this month. Brewer did the hard work and now she is getting what she is due.

She has been vocal in the Black Lives Movement and how diversity is sorely lacking in corporate America.

Rosalind Brewer will be an advocate regarding access to the vaccine for everyone. This is an important time for Walgreens as the company hasn’t been performing as well as CVS. She will be able to lead the company through problems with store traffic as well as their vaccine campaign.

Keep Your Eyes on Rosalind Brewer

Most of you may have not heard of the force that is Rosalind Brewer before and that is a shame. Her journey of chasing her dreams and improving the corporate landscape for generations to come is inspiring to all. Hopefully, more Black female executives follow in her footsteps to take major positions at other Fortune 500 companies.

During this time of racial unrest, Brewer’s successes illustrate to young Black women that they can move through the pitfalls of systemic racism to accomplish whatever it is they seek to do. For more inspirational stories, check out some other blog posts.