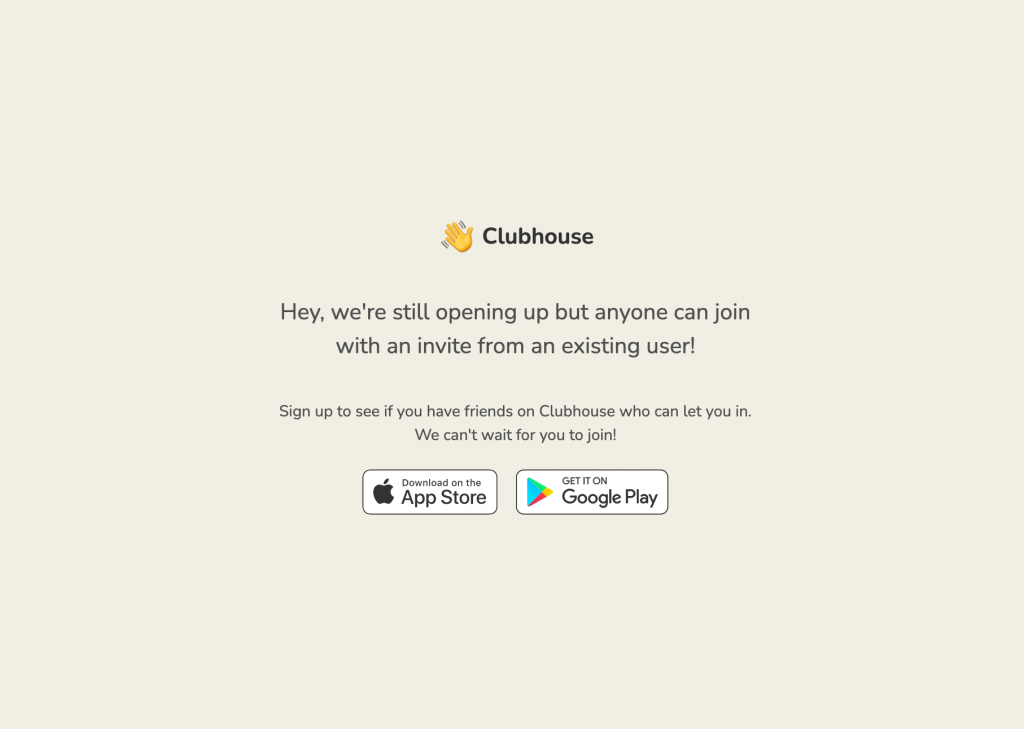 On May 9th of this week Clubhouse announced that they were rolling out the BETA version of Clubhouse for Android.

There is always a debate to be had between Apple iOS device users and Android users as to which smartphone platform is better. Is Apple better? Well, Android has a better camera, OR Apple is better because the platform is more secure. On and on and on!

I think it’s easy to say that having an iPhone has it’s perks!

With Android as a developer you have to contend with the fact that you’re developing an application that will have to operate on a mix of different hardware platforms, Samsung, Nokia, etc. You can purchase a variety of smartphones running Android that are made by different hardware manufacturers and this can introduce added development challenges as you custom development and test your app for each different piece of hardware.

Additionally, security is entirely more robust and standardized on Apple with many research reports stating the rampant spread of malware on Android devices versus Apple iOS. Vulnerability patching can be taxing for development teams that don’t have the bandwidth to chase down and fix issues as they arise. With Tech It’s always a matter of cost and time for developers when they can easily forgo a lot of these challenges if they develop on Apple iOS first.

Clubhouse was initially introduced to iOS by Paul Davison and Rohan Seth of Alpha Exploration Co. in March of 2020 during the start of the Covid-19 pandemic. A very welcomed technology concept given that the Pandemic would have everyone isolated and quarantined with very little to no ability to interact with others. The app is a community that allows you to have LIVE conversations with anyone, over any topic. For those that aren’t familiar, you can read more about Clubhouse and how it works in an article we authored here at deancantave.com linked below, where we researched the in’s and out’s of the app.

Clubhouse is the Breakout Hit of 2021, But Does it Have a Dark Side?

With the announcement by Clubhouse that they are rolling out the Beta version of their app on Android, this is welcomed and highly anticipated news! Millions of people using Android have been waiting for its release. As most Apple users have had a full year to play with and use Clubhouse on their platforms, Clubhouse can now take the lessons learned from growing their application infrastructure on the Apple iOS platform and implement improvements and best practices on Android.

Also, because Clubhouse grew and expanded so quickly, as they did not anticipate the popularity of the service as it exploded over the months following its release, they have had to not only scale and grow their technology infrastructure but they’ve also had to focus on growing headcount at the organization to accommodate the companies meteoric growth.

Most organizations normally allocate teams, resources, and bandwidth to improve and work on Product development through Product management and development teams. These teams are the ones that work on developing new features, improving existing features of an application, and testing new features with users via user feedback. That wasn’t entirely the case with Clubhouse because as soon as they released the first version on Apple iOS they were met with the challenges of growing their technology infrastructure, preventing server crashes, and expanding server capacity to keep up with the growth. All of this caused them to shift their focus from developing and polishing their application to putting out fires and focusing on platform stability and scale.

These are common business challenges with Technology start-ups but it highlights the nuances and challenges that technology can present when you have an amazing product that everyone wants to use.

Read the full announcement here on the Clubhouse blog.

The Challenges of Navigating Career Success for Black Women