Can’t login to your Mac? Here is what you should do when your Mac freezes and won’t let you login 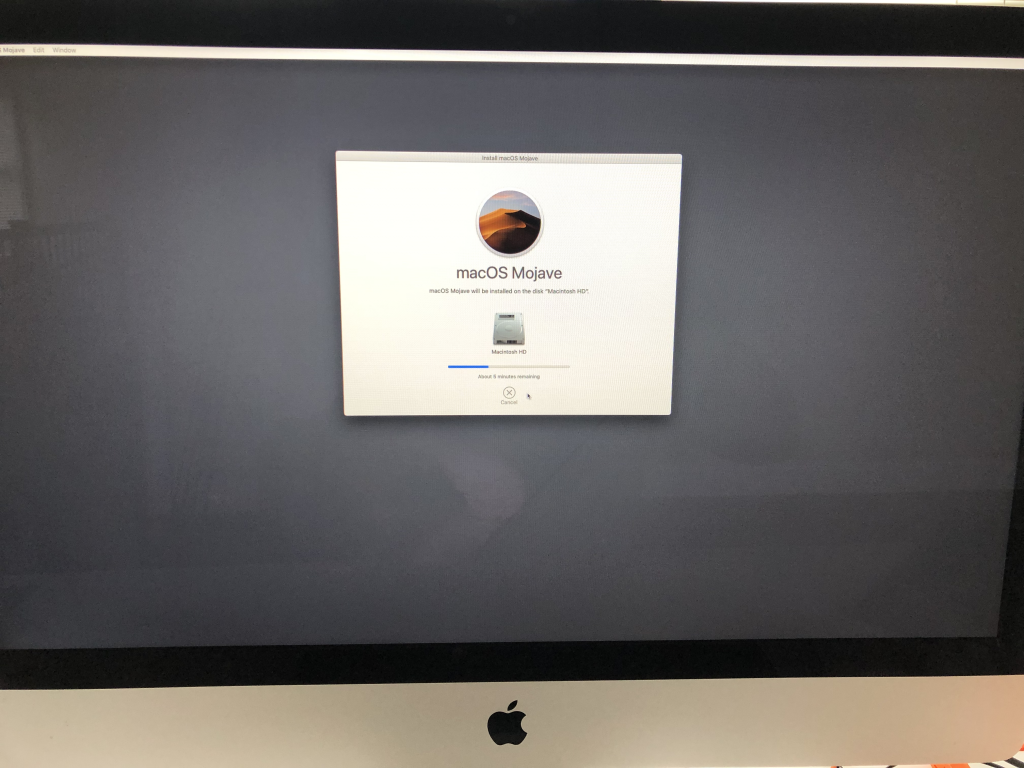 I use Apple products. In fact, I use just about everything that Apple makes. BUT, the one product I use the most outside of my iPhone, hands down, are my computers. I have both the iMac and the Macbook Pro. The Macbook Pro is new–2019 model–and the iMac is about 6 years old. It was purchased back in 2013.

A few days ago I noticed that on my iMac the computer wouldn’t log me in as quickly as it usually would. The screen would freeze, I would have to wait minutes to even get to the desktop, and at times it wouldn’t even take me to the login screen. I had to hard reset the computer multiple times (hard reset meaning to hold down the power button until the computer turns off. This isn’t how you would normally want to shut down your computer but in instances like this it’s the only way.)

Now mind you, this has happened before and normally the solution that I always use is to just re-install the OS (Operating System), which I eventually did in this particular case, but before I got to that point Apple Support walked me through several steps that I want to share with you. If you have a Mac this may be worth a read!

What I learned in speaking with Apple Support

So I called Apple Support to get their take on the issue. I’ve worked in IT for 20 years and I had a good guess as to what the issue was but I wanted to get them in on this just to be certain.

They began to take me through some troubleshooting steps which I outline below, but I want you all to take note of something… They made a recommendation, or shall I say they ENDORSED a 3rd party software that Mac owners should download on their computers called MalwareBytes

MalwareBytes got the attention of Apple because they ran replicated computer systems with the same kind of Malware on both systems, and Malware Bytes was very good at getting ALL of the Malware off of the machine running the MalwareBytes software. This included detection and removal and as a result Apple highly recommends it, so much so that Apple Support techs are recommending it to customers that call in.

If you know anything about Apple, the company typically does not endorse a 3rd party product via their customer support channels in such a direct way as the customer support rep did today when I called.

It was obviously such a good product that the Apple Support technicians have found that when they run MalwareBytes it typically resolves all computer related issues, whether it be login or startup issues or application issues.

Action Steps for Troubleshooting Your Mac

So here are the steps I I went through on my 1+hour call with Apple Support.

When you’re in Recovery you want to make sure you that your WiFi is connected, otherwise it will give you an error message saying “It’s having an issue connecting to the Recovery Server”.

We first tried “First Aid” on the machine before we attempted an OS re-install. This option is at the top of Disk Utility and will check for disk errors.

We also wanted to make sure the disk was mounted. This essentially means that the computer system has detected that the hard disk is available and it can be accessed. In this case, the hard disk within the iMac is enclosed so I don’t think it would be an issue with the hardware or some kind of physical issue that would cause the computer not to detect it. You can’t really open a Mac so I ruled that out but in case something was loose on the inside, this would be a first indicator.

So at this point we think it’s a software issue because the disk is mounted so we continue with our troubleshooting steps.

So now I got error: “device /dev/rdisk3 failed to open with error. Resource busy.” It appeared to check to see if disk was mounted, of which I thought it was, but now this indicates it’s not.

It now shows at top of utility that the disk is unmounted and I know this becasue it now give me the option to “mount”.

Remember the First Aid option? Well it unmounted the disk but now when I press the mount option it does nothing. This is really confusing me at this point…

So at this point the Technician is about to reach out to their senior manager for recommendations. He obviously doesn’t know what’s wrong and he’s exhausted all of his troubleshooting steps.

NOW we are going to re-install the OS.

So now we are going to re-install the OS. We can do this without worrying about data any data loss because the re-install option only reloads the core OS (Operating System) files.

This will ensure that the current and most up-to-date version of the OS is installed on the computer. If it’s the OS then this will fix the issue, if it does not fix the issue then it’s probably a hardware failure.

So we tried the re-install of the OS and it wasn’t giving me an option to select the disk where i wanted it installed. Frustrated again, and unsure of why this was happening, I did a hard reboot of the Mac again–holding down the power button until the machine shut off–to see if this was some kind of glitch.

This time the hard disk appeared for selection and I was able to select it and now it’s going through the process of re-installing the OS. If you run into these issues the only thing I can tell you is to keep hard rebooting the machine until it works.

We finally arrive at a point where the OS re-install is running. Since the install was now showing that it was going to take 35 minutes the Apple technician was now giving me a case number so that if I needed to call back the tech would be able to refer to the troubleshooting steps of the previous technician.

At this point I am logged into my iMac but it appears several applications aren’t working, with one of them being Google Chrome.

Online Security And How Privacy.Com Prevents Overdraft Fee’s And Protects Your CyberSecurity