Edge-to-Edge display, Emojis that talk, and FaceID: What we Learned About Apples new iPhone X 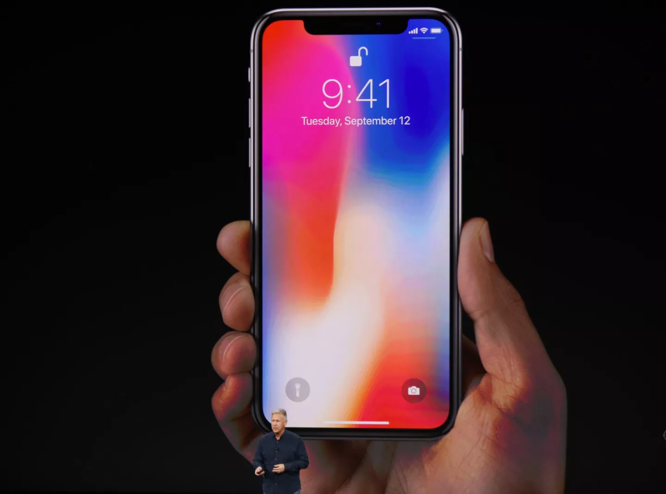 Goodbye to the iPhones home button, and say hello to FaceID. Your Face is the key to unlocking your phone and a ton of new features in the iPhone X

Apple’s LIVE events are always the talk of the tech space and an event that always gets me excited, especially when new devices are released. In this case today we’re going to talk about the iPhone X! I took some time earlier to listen to Tim Cook and a presentation by the staff of the Apple avant-garde as they delivered a performance in the tech space that is always one of the most anticipated of the year. Especially given the timing right before the holidays, it gives consumers something to look forward to for their shopping lists.

Apple’s larger than life new device announcements are productions that do the company well in maintaining the excitement that the Apple brand sales along with their world class devices.

Today’s event was no different and I was impressed and amazed at the future of mobile with the announcement of the all new iPhone X. In addition to the iPhone we’re also seeing new versions of the Apple Watch and Apple TV–now with 4K content.

Below are a few highlights from todays first public event which was held at the new Apple headquarters in the Steve Jobs Auditorium–an underground 1,000-person venue where each leather seat costs about $14,000.

The auditorium sits in Apple’s new HQ in Cupertino, CA.

Apples new Headquarters dubbed “Apple Park” was introduced in the spring of 2017. A 175-acre campus that houses Apple’s employees as well as research and development.

I was pleasantly surprised to hear about the launch of the new Apple Store on Michigan avenue near the Chicago river in collaboration with the city of Chicago. There wasn’t much detail given on this but they did display a rendering of what the new flagship store would look like. 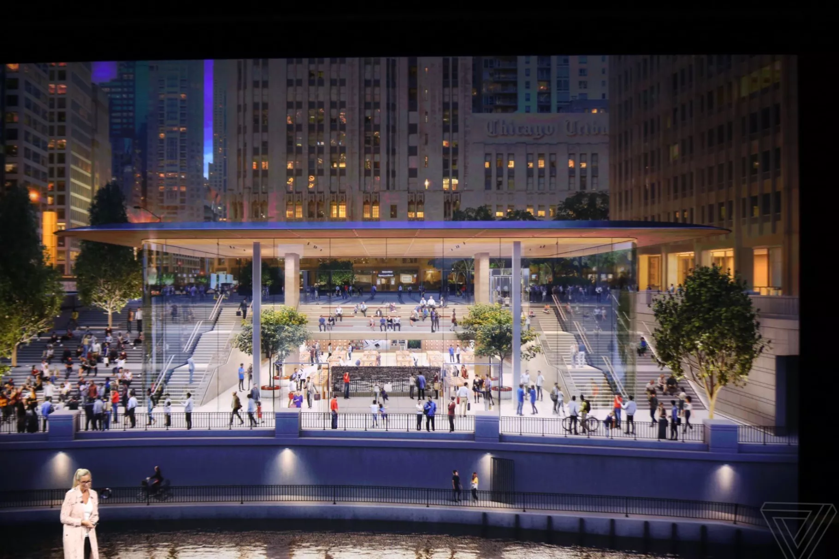 The Apple watch, now in it’s 3rd iteration called the Series 3, now comes with a cellular option which allows you to leave your cell phone at home and use the watch as if it were your mobile device.

Apple gave a very intriguing presentation where Tim Cook placed a phone call to a young lady that was paddle boarding on a lake nearby during the presentation.

The watch’s audio quality seemed to appear similar to that of the iPhone and was well demonstrated and convincing while the young was actively paddling and moving her arms.

Somehow Apple managed to fit the cellular antenna into the screen of the watch without compromising or adding any additional space to the current size of the watch, thus maintaining it’s original size.

Apple has also teamed up with Hermes to offer a variety of options for bands for the watch.

The watch has been touted as “life saving” in letters written and read during today’s live event.

It’s clear that the Apple watch does a lot to keep people healthy. The watch now has the ability to sense when you’re not actively moving and alert you, giving you various indices of your heart rate, at rest and during exercise. Jeff Williams, the COO of Apple explains that Apple’s heart rate monitor is the most used in the world and a feature that many have come to rely on. Apple watch is also the #1 watch in the world says Tim Cook.

If you pay attention to the wrists of people while you’re out and about, you definitely get the sense that the watch is probably something you need to investigate if you haven’t done so already.

The watch will even remind you to stand every hour, on the hour.

The Apple Watch Series 3 will be available on September 22nd and will cost $329, or $399 with the new cellular service. This will also reduce the price of the series 1 watch which drops to $249.

The biggest takeaway here is that Apple TV will now provide 4k content.

In addition to improvements in the software and hardware which makes the device faster, you can also expect an improved picture quality and HDR versions of some Hollywood movies. Standard HDR movies bought through iTunes will be upgraded to HDR for free, and they are also working to bring some original content from Netflix to Apple TV as well. 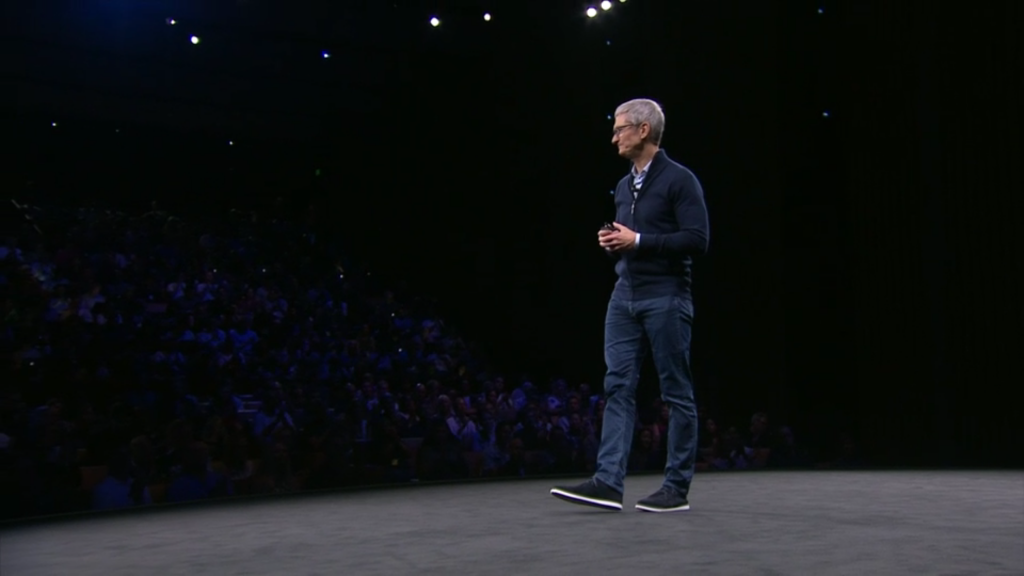 You can now expect a Gold finish for the new iPhone8 and iPhone 8 Plus. The phone has a glass cover in the front and back and is microscopically sealed to be waterproof and dust proof

The speakers are louder and the device boasts a new chip called the A11 Bionic. The new chip has a 64bit design, 4.3 Billion transistors and an upgraded GPU designed to accelerate games.

12 MP sensor camera, new color filter and deeper pixels and F/1.8 and F/2.8 aperture sensors in the cameras. This is an upgrade from previous versions and the goal here is to reproduce DSLR quality photos on the iPhone.

With all of the talk about augmented reality you can now play games in AR on the iPhone8.

If this doesn’t sell you on the new devices, nothing will.

This will see hardware manufacturers create products specifically for this standard and as you can imagine, get rid of the charging cable altogether.

The highlight of today’s live event was the unveiling of the 10th anniversary iPhone X.

This is the much talked about and rumored edge to edge OLED display that was expected to come from the new iPhone X. Glass on both front and back, microscopically water and dust resistant with colors in space grey and silver.

Apple is calling the new display Super Retina display and with a screen that is 5.8” on the diagonal, this is the biggest screen to ever grace an iPhone.

The display has a very high pixel density that uses OLED technology to give you a 1,000,000 to 1 contrast ratio and integrates 3D touch technology right into the display. The contract ratio on a flat screen TV is what makes the difference between a 46″ TV that costs $600 and a 46″ tv costs $4,000. It is the difference in display technology that gives you the most amazing picture you would ever want on any device.

With the full edge-to-edge display the home button is now gone. To go to the home screen all you have to do is swipe up from the bottom.

Touch ID was launched with the iPhone 5S that became the gold standard for Biometric tech for mobile devices.

Now with the new iPhone X the only thing you need is a face–your face.

iPhone X now has face ID and to unlock the phone all you have to do is look at.

It used the true depth camera system with an IR camera, a front side camera, and other components such as a proximity sensor that detects your face. The chip uses an algorithm in machine learning that helps the phone remember what you look like.

The chip that is responsible for this technology can perform over 600 Billion operations per second to aid in a quick response in handling facial recognition. Even if you change your look, it learns who you are and adapts to you over time, it works at day and works at night.

Of course there is already the buzz around security concerns and vulnerabilities with such a technology. Facial recognition is already being used in China to enforce certain kinds of laws.

I’m not sure if the U.S. would push this sort of thing but no one knows what the future holds for certain.

Its interesting to note, Apple says they’ve done exhaustive and extensive testing to protect against facile recognition spoofing. This simply means that they want to ensure that no one else could use a picture of your face to open your device.

The good thing is that all of the processing is done on the phone and not sent to a server and so the device maintains what they call a security enclave that houses all of this data.

How secure is it?

And the new phone now has animated emojis that you control with your face. I can’t begin to tell you how hilarious this was to see the demonstrations, but these emojis are actually animated and can talk inside of iMessage.

If you love the snapchat filters then the iPhone X is for you! The filters now have greater clarity, accuracy, and color depth giving you a much more real and authentic experience.

The iPhone X also has a faster f/2.4 aperture on the telephoto camera. There are a myriad of improvements to the front facing and the rear facing cameras as well–one such technology being the Quad LED flash which provides a brighter flash.

Get ready for Black Friday and the holiday season when orders will start to be taken on Oct 27th and will be available for shipping the 2nd week of November! 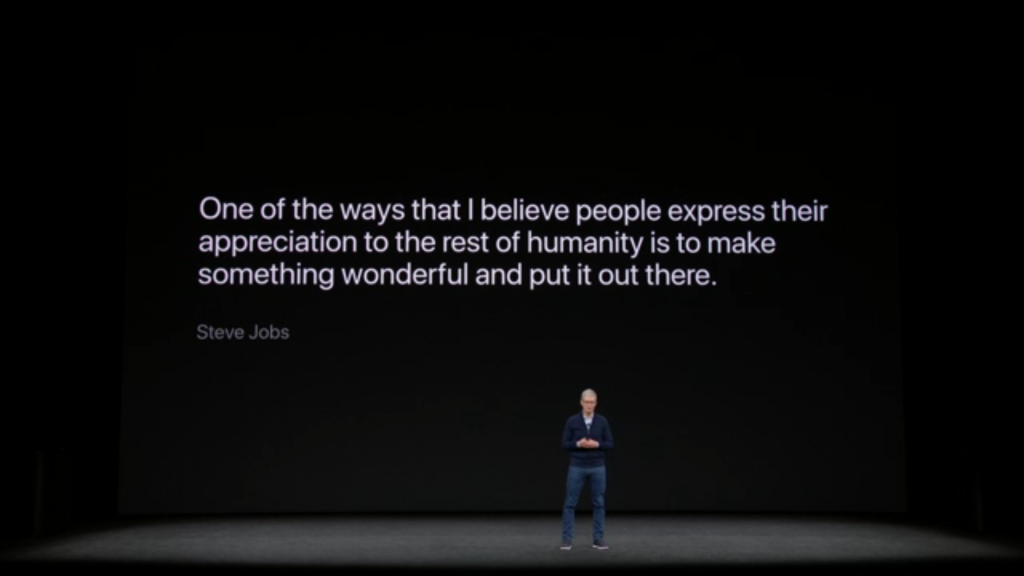