When my only and last living parent died in 2015 I went through a roll-a-coaster of emotional ups and downs. My mother was alive, breathing and talking on Friday, and on Saturday morning a gentlemen that she was helping by allowing him to live with us in our basement found her unconscious shortly after I left for a class that morning.

He called and basically said that she was gone, in her bed. At the time he didn’t know why but later on I would discover that she made some mistakes in managing her health that could have prevented her death.

My parent’s always pressed me to do more, be more, and give more.

I realized at that point in my life that it was crunch time. It was time for me to begin living up to their expectations and doing more for others and giving more of myself.

In the following months leading into the holidays I found myself sitting and sulking at home, alone.

A few friends had reached out that year so that I could spend time with their families, and I was grateful for that. But it really didn’t help to gloss over the realities of my life at that time.

In that year–2015-Tony Robbins released a book titled, “Money: Master the Game”.

I ordered the book and started reading it.

He appeared that year on several podcasts, one of which was with one of my favorite bloggers and online celebrities Tim Ferris.

In that interview Tony mentioned how his not-for-profit organization would feed millions of people that year. When he described how his organization was doing this I was amazed! In that moment I thought to myself, “Now that is an admirable and noble goal to set and actually achieve.”

I was impressed and I thought, maybe I could do something similar.

I also thought that the holidays was a time of year where I really needed to be doing something that took the focus off of myself. A young lady that I dated some years ago would always tell me that there was always something for me to be doing for others in times when I couldn’t do for myself.

She was with me during many periods of unemployment and saw how idle I was during those times.

In 2016 right after I listened to Tony Robbins talk about his efforts to feed millions, I literally came up with my own idea overnight.

I did some research on what other organizations were doing and I decided to start with an annual fundraiser to raise funds for meals during the Thanksgiving holiday.

I started the Jean & Gail Cantave Foundation in honor of my parents that both died unexpectedly, and within the organization I decided to launch 50Wards50Meals to begin feeding residents here in the Chicago area.

We have plans to launch other initiatives within the organization in the area of Tech. I’ve been in Technology from Helpdesk to the Director level spanning a 15+ year career so I’ve talked with my team about creating something along those lines as well.

It’s all work and takes money, time, resources, and effort, but I wanted to do something.

I wanted to invest my time in actually creating change and getting off of social media and doing some real work.

Our Team and How You Can Help 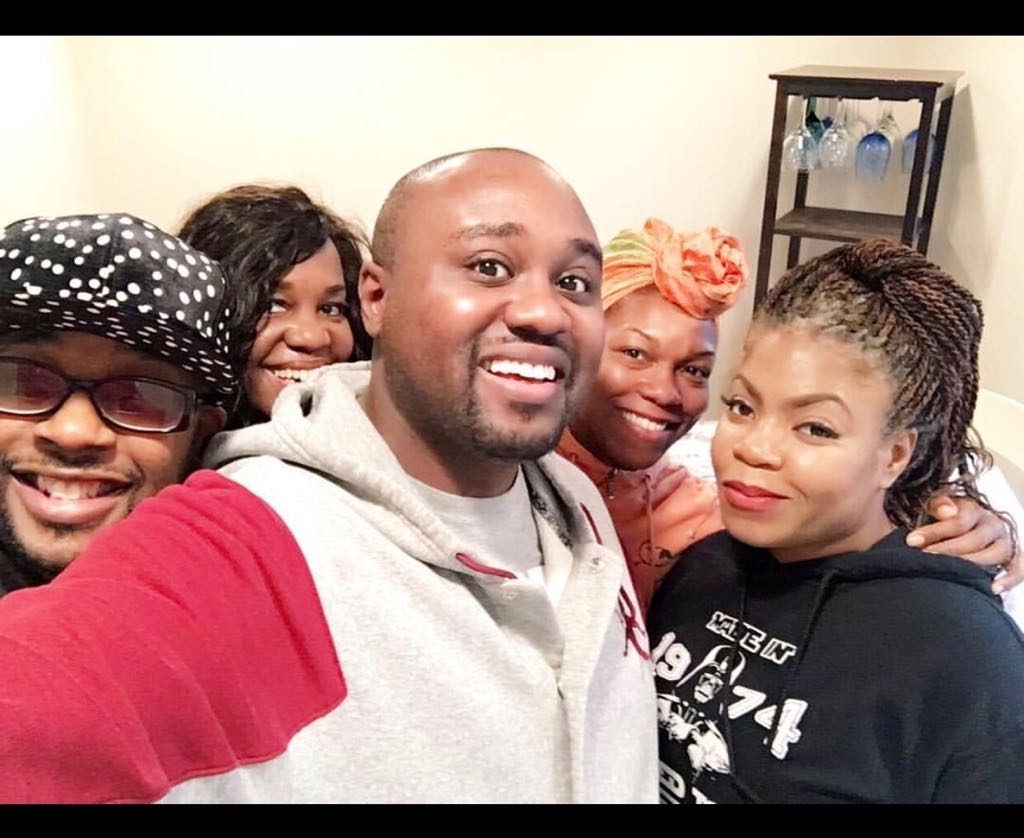 This year for 2017 we will be conducting our 2nd Annual Fundraiser & Food Drive where our fundraising goal is $5,000.

In 2016 we raised an estimated $1,900 and we were able to feed over 60 people with the meals that my team cooked, prepared, and packaged. The picture above is just a handful of individuals who gave their time and money for a bigger cause and I couldn’t thank them enough.

This year I’m asking for your help, again.

We need funds, volunteers, as well as clothe and food donations. You can donate by clicking here.

Last year we served the individuals at the Pacific Garden Mission at 14th and Canal Street, Chicago. This year we are looking to expand our network of organizations that we work with and gladly welcome your donations, your ideas, and your time.

We are launching our Campaign on September 1, 2017–Labor Day. This will give us time to better organize and plan for this years fundraiser which will take place on Wednesday, November 22nd, and Thursday, November 23rd.

Locations at the moment are TBD.

Watch as my son and I speak on the 2017 50 Meals 50 Wards Fundraiser and Food Drive Campaign.

Thank you for your donations in advance and we’re wishing you a happy and productive end to your year!

Why NYT Columnist Frank Bruni believes White People Can Talk about Race, too.